Five Reasons Why You Need to See Pacific Rim Now 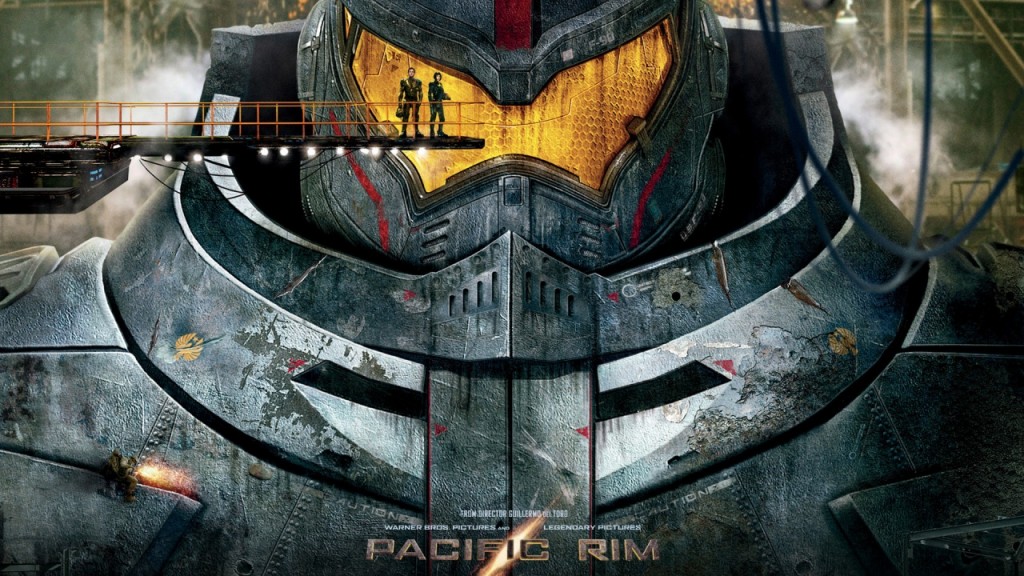 “It’s like Godzilla versus Transformers.” These were the words I overheard a stranger use to describe Guillermo del Toro’s new movie Pacific Rim yesterday. In one sense, that statement is pretty accurate. I mean, the film does involve a bunch of machines duking it out with prehistoric looking monsters. In another sense, this couldn’t be farther from the truth.

Disregard what you think of the trailers, Pacific Rim is anything but hokey and forgettable. It’s a unique, action-packed, charming film, that just might be one of the best blockbusters of the summer. If you haven’t had a chance to watch it, don’t let preconceived ideas keep you from loading up your Toyota Echo and driving down to the theater as fast as possible.

If there is one word I would use to describe Pacific Rim, it’s fun. Yes, fun. Like the band. There were moments during the film that I found myself smiling for no reason at all. The plot is pretty simple: Monstrous sea creatures threaten the existence of humanity, leaving the fate of planet earth in the hands of a group of ragtag soldiers trained to pilot giant fighting machines. That’s it. It’s not complicated, overly philosophical, or weighty. It’s the kind of film that you want to make when you’re a kid. Now, don’t take fun here to mean uninspiring, brainless, or cheesy. Pacific Rim is fun, but it’s a well-made type of fun. It won’t be nominated for a best picture Oscar, but man, is it a joy to watch.

Pacific Rim had a budget of $190 million. If you didn’t know, that’s a boatload of cash. For hollywood to risk that much money, they usually have to have some sort of guarantee. That’s why so many big-budget movies are either sequels, reboots, or based off of a board game. In a nutshell, films like Pacific Rim don’t come by very often. Pacific Rim is a completely original story. We haven’t met these characters in a previously created movie or book. This is pretty refreshing. It hurts my heart a little bit to see Grown Ups 2, by all accounts a bumbling sequel that received terrible reviews, pull in more money at the box-office this weekend than Pacific Rim. If we don’t support well-made original films, then we’re just going to keep getting the same stuff every year.

I made this myself. I need to get out more.

Walking out of Transformers: Revenge of the Fallen a couple of years ago, I thought to myself, “Was all that sensuality really necessary? This is a movie based off of children’s toys right?” Truthfully, just because a film is marketed to adolescents doesn’t mean it’s necessarily appropriate for adolescents. In contrast to the Transformers franchise, Pacific Rim stayed on the relative up and up. It didn’t have to have Megan Fox to be successful. The story worked without needing sex to sell it. I found this pretty refreshing. (Parents can click here for a complete parental advisory)

4. It’s Meant to Be Seen on the Big Screen

The visual and special effects in Pacific Rim are some of the best I’ve seen. It truly is a work of art. While it’s not a crime to see Rim at home, it’s pretty close. Pacific Rim was made for the big screen. The imagery and sound draws you in and pretty soon you’ll forget you’re watching a movie. If you’re brave, check it out in IMAX. Or 3D. Or 3D IMAX.

While I just ranted about movie sequels, a second installment of Pacific Rim could be pretty awesome. I can only imagine where the story goes from here. Travis Beacham, who co-wrote Pacific Rim with Del Toro, tweeted this the other day:

Literally the only reason I’m following the numbers is that the sequel is bonkers and I want it to happen.

This makes me excited and not for punctuation. The sky’s the limit for Pacific Rim and hopefully we’ll be able to see what Beacham and Del Toro have in store next.

So there you have it, my take on why you should see Pacific Rim in theaters. I smell like cheese. Wait, are you still here? You should have never seen that sentence. You should be on your way to the movies right now!