Why Coach Taylor from Friday Night Lights is a Great Leader 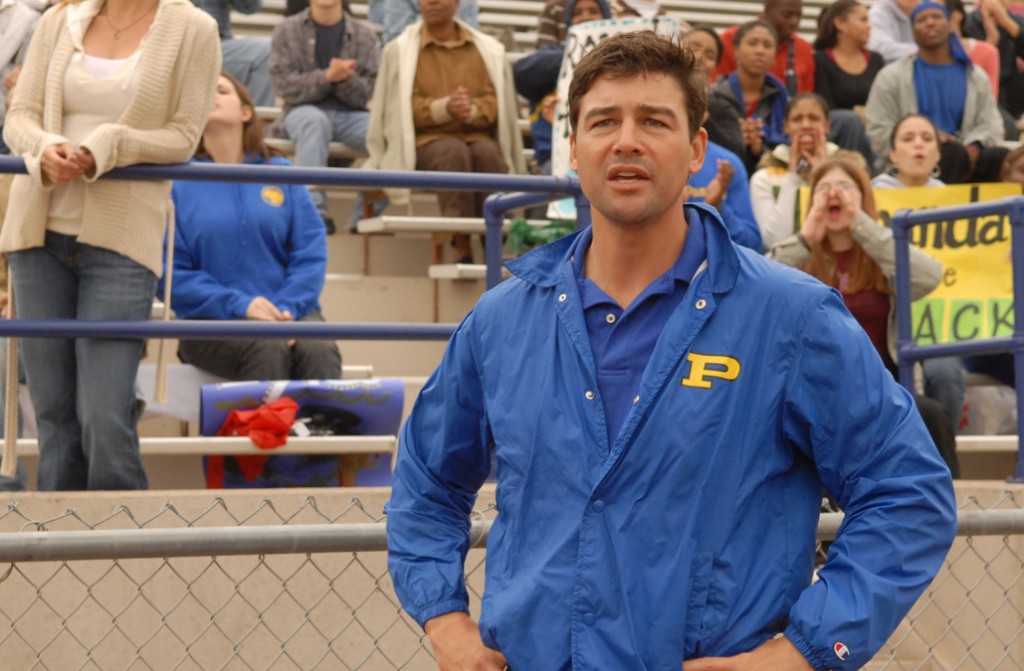 A couple of years ago, my wife and I binged-watched all five seasons of the high school football drama, Friday Night Lights. I actually think I went into remission once it was all over. You can get the shakes from television right?

During our week of reclusion, Coach Eric Taylor, the lead in FNL, quickly became one of my favorite characters on the show. It wasn’t long before I found myself taking on some of his mannerisms, which wasn’t so bad until I starting coaching my wife on how to wash dishes.

The qualities that drew me to Coach Taylor are, without a doubt, his exceptional leadership skills (having Emmy winner Kyle Chandler playing the role doesn’t hurt either). Thinking about it, I’ve probably learned more about leading others by observing Taylor than from most books I’ve read on the subject. As I’m watching FNL through a second-time, I’ve studied five specific qualities that make Coach Eric Taylor a great leader. Now if I can only take on these traits myself, I’ll be in good shape.

Eric Taylor is a high school football coach in the die-hard town of Dillon, Texas. Here, winning is more important than beer, and for Dillon that’s saying something. Winning is all there is. Coach Taylor operates from a slightly different perspective though. For him victories aren’t everything. Don’t get me wrong, he wants to win. Badly. But that’s no substitute for how much he cares about his players.

A great example of this is found in season three of FNL. In one story arc we watch Coach Taylor go out of his way to help a former player, “Smash” Williams, get back on track after blowing out his knee. By pulling a few strings, Taylor arranges for a tryout at Texas A&M, where Smash eventually receives a scholarship to play football. 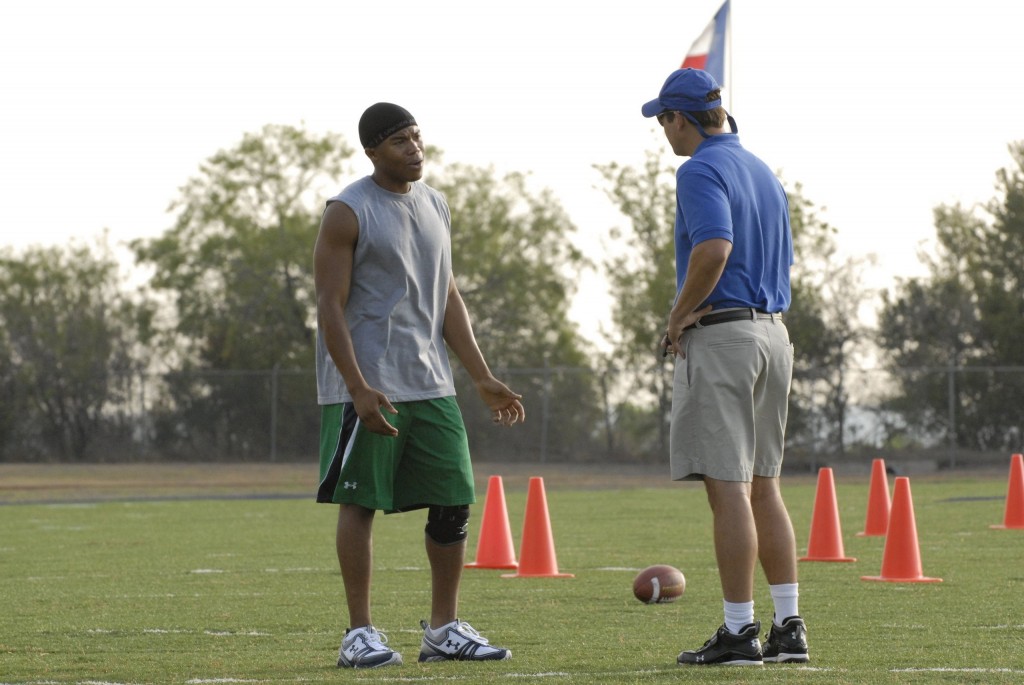 I don’t get emotional very often during television shows, but the scene where Smash tells Coach Taylor goodbye before heading to College Station had me rushing to hold my newborn son. It’s pretty apparent that Taylor isn’t just consumed with state titles and playoff wins, he deeply cares for the welfare of his players, even after they leave his program.

A good leader isn’t just in it for success or popularity. Good leaders are in the people business. They aren’t about pumping out profits, they are about about building individuals. Bad leaders treat people like they are commodities to be used and then tossed away. Good leaders understand that lasting accomplishments aren’t state titles or big crowds, but changed lives.

Coach Taylor doesn’t just build relational bridges with his players, he also takes time to reach out to their families. He’s constantly asking his football players to tell siblings, parents, and relatives that he says hello. Taylor shows up to weddings and funerals. Parents trust and respect him with their children. Taylor embodies an irreplaceable principle: the key to leading individuals is learning to lead families.

What I failed to understand during my first few years in leadership, is that good leaders shouldn’t be satisfied simply ministering to their employees or followers. Leaders are also called to care for the families of those they influence. You’ll be twice as effective leading others if your followers know you care about those they care about.

If you have employees, take time to get to know their parents, spouses, children, etc.. Send them resources when they need help. Ask how they are doing. Strive to be a holistic leader, rather than one-dimensional manager.

Coach Taylor rarely calls his players over the phone. It’s not because he doesn’t have one, he just prefers to look others in the eye when he’s talking with them. If there is an issue Taylor needs to discuss, he will find the student at school or stop by their house. Taylor goes out of his way to connect with individuals in person. He’s walked students home, played backyard football with team members, and showed up to houses unannounced. If your son is on the football team, you better keep your kitchen clean.

Most leaders never make house calls, especially when a simple call or text will do. As a result, many relationships become perfunctory and shallow. Good leaders know that relationships are built face to face. I don’t have the time to put my phone away in favor of physically meeting with everyone, but I’ve slowly started to realize that if I want to develop a deeper bond with others, I need to create opportunities to be physically present.

During a scene in the fourth season of FNL, Coach Taylor visits one of his players in jail. Taylor fimly tells the student that unless he gets his act together, these bars will be his future.

This isn’t out of character for Coach Taylor. He’s honest, he’s blunt. What you see is what you get. He’s not going to put icing on something just to make it go down easier. 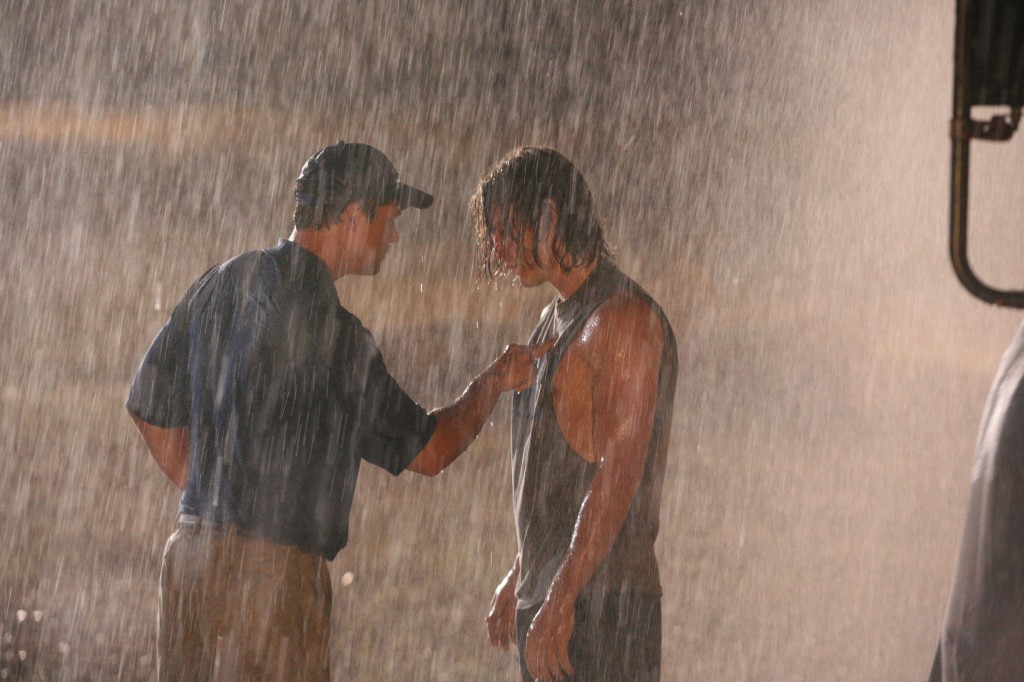 In the past, I’ve found myself battling the people-pleasing monster. I want to make people happy. I want to make them laugh. There are moments though, when people-pleasing kept me from seizing an opportunity to lead. Wise leaders are careful with their words, but they speak the truth. Without truth, those you lead will never have the chance to excel past the point they are at now.

The worst thing that leaders can do is let people stay stagnant in their abilities. Leaders must demand excellence, not just for the sake of their business, classroom, or church, but for the future sake of each individual. Leaders must always be thinking, “What can I do to help others take the next step in their personal development?” How can I push them toward greatness? 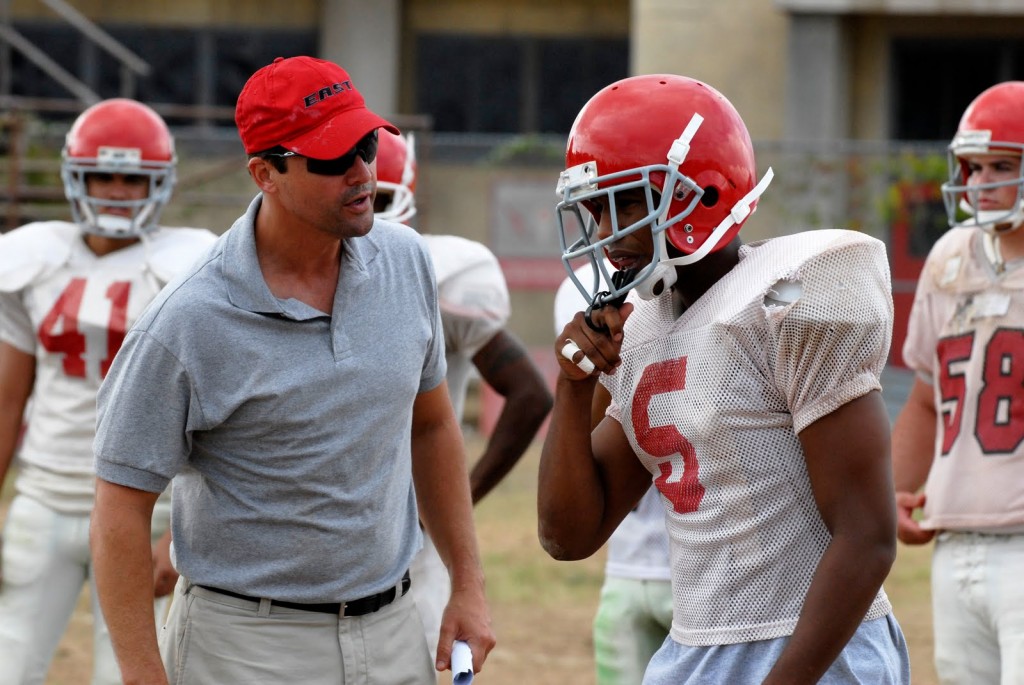 Coach Eric Taylor is an great example of how something like a television show can become a breeding ground for personal learning and development. All it takes is awareness to see and the desire to learn from the opportunities of growth around you. That’s what makes someone a great leader, or, as Coach Taylor says,