Review: ‘American Sniper’ Isn’t For or Against War 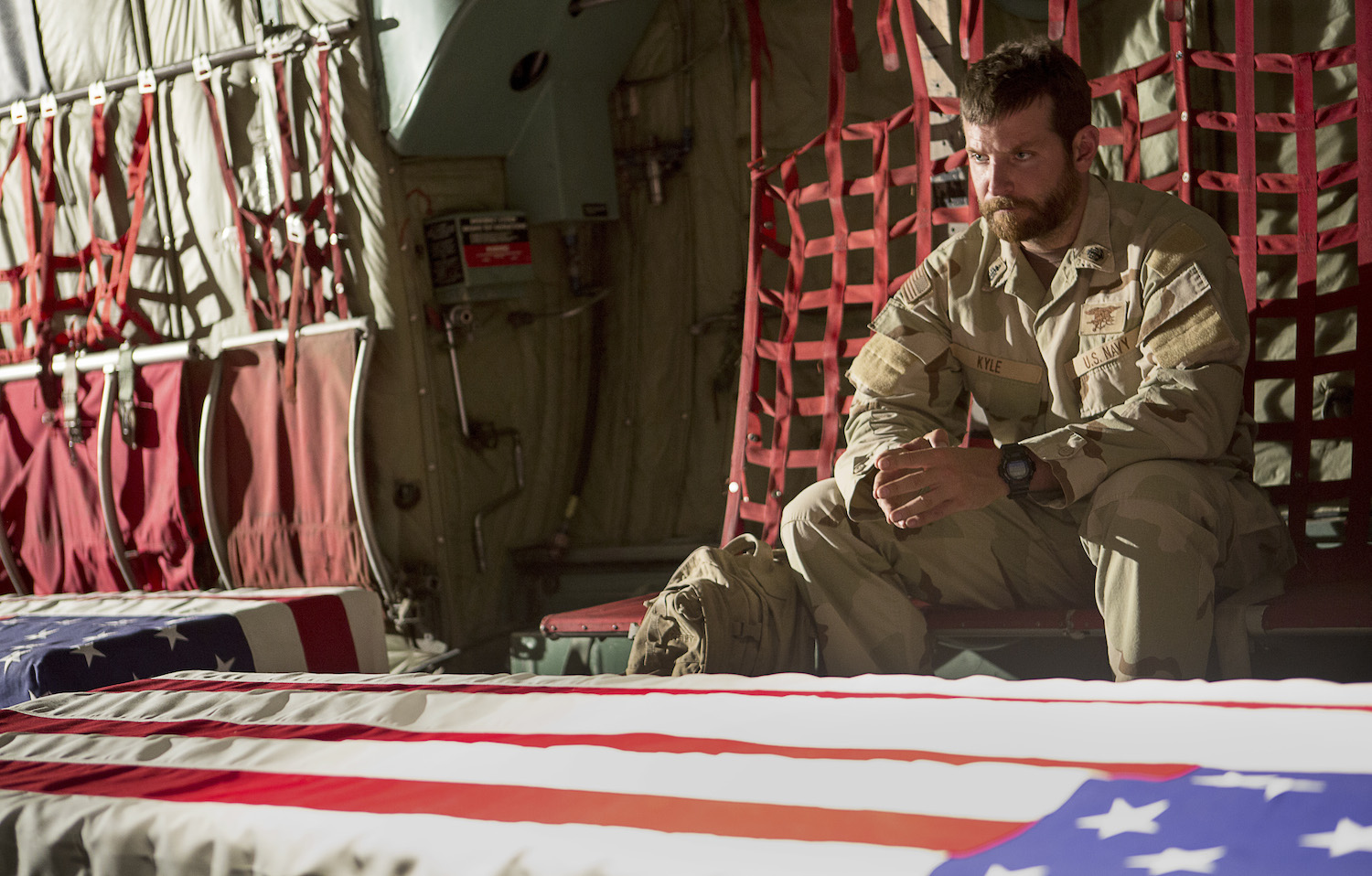 Clint Eastwood’s American Sniper is neither pro-war nor antiwar. It’s simply war. Groups and/or individuals who campaign to place the film in one of these categories over the other are, I believe, missing the point. In Sniper, Eastwood seems less concerned with pronouncing strict judgement than he is with telling a story that will provoke audiences on both sides to assess their prior presuppositions regarding the effects of violence and retaliation.

American Sniper tracks the career of Chris Kyle (Bradley Cooper), the deadliest sniper in U.S. Navy history (with 160 registered kills). From elevated perches and nestled second-story windows, Kyle provides cover for military forces in Iraq. He’s one of the first deterrents against insurgent ambushes and grenades. And he’s good at it too, earning worldwide notoriety and even a nickname (“legend”) from his peers.

When he’s not fighting overseas, Kyle struggles to connect with his young wife (Sienna Miller) and two children at home. The mental toll from the war weighs heavily on Kyle. He’s distant, aloof, and estranged. At one point, Kyle’s wife, Taya, says: “If you think that this war isn’t changing you, you’re wrong. You can only circle the flames so long.”

Bradley Cooper (who received an Oscar nomination for the role) is the perfect nuance of a strong-willed, yet broken warrior. While embodying a strike of stoicism, Cooper never lets his performance become too tedious or bland. Cooper’s Kyle is tough (physically and mentally), but he’s also internal and guarded. The film is strongest when Eastwood lingers on these emotions, highlighting in vivid terms Kyle’s battle with Post Traumatic Stress Disorder. The weight of war isn’t glorified. Kyle comes close to losing his life in Iraq; he nearly loses his family in America.

The narrative doesn’t glamorize Kyle’s profession either—ethical dilemmas come within the script’s first few minutes. At the beginning of the film, Kyle has to decide whether to shoot an Iraqi child or let him attack a group of American soldiers. His crosshairs are precise and sure, but with each pull of the trigger, Kyle’s eyes lose a shred of their gloss. He’s plagued by those he’s killed and haunted by those he was unable to save.

While Eastwood allows the story to simply “be,” the film (told largely through Kyle’s perspective and ideology) inherently raises a number of important questions. Eastwood’s images subtly challenge and provoke in numerous ways, even if ultimately left unexplained. Iraqi families are torn apart as a result of the war. Townspeople riot after one of their own is killed. On the other hand, Kyle’s job is one of military necessity. He saves the lives of countless soldiers during his four tours in Iraq.

In his three war films (American Sniper, Flags of Our Fathers, and Letters from Iwo Jima), Eastwood tends to play his cards close. Rather than making declarative political statements, Eastwood instead chooses to cut a window into the story, softly challenging multiple groups at one time. In drifting from heavy-handiness, these works do more to engage than tell. To their benefit.

But while American Sniper is a good film—especially in its sobering depiction of battle and its lingering effects—it struggles at times to be a great film. The pacing is offbeat in a few keys scenes, lacking a common, overall rhythm. There are sloppy moments as well (one of which is the film’s climatic “shot”). Technically speaking, American Sniper felt like a movie that didn’t have enough time to marinate.

What Eastwood does communicate though, is the toll war has on its participants. One never returns from the battlefield the same. There is a darkness that pervades a person when they are asked to take another’s life; whether they are protecting someone else or not.

This should make those on both sides of the debate do two things. One, we should be quick to question which wars our country chooses to enter. Second, we must be cognizant of how we treat those we do send into battle. Pro-war or antiwar, I believe these are points we can all agree upon.

Four Stars out of Five

American Sniper is rated R for strong and disturbing war violence, and language throughout including some sexual references.