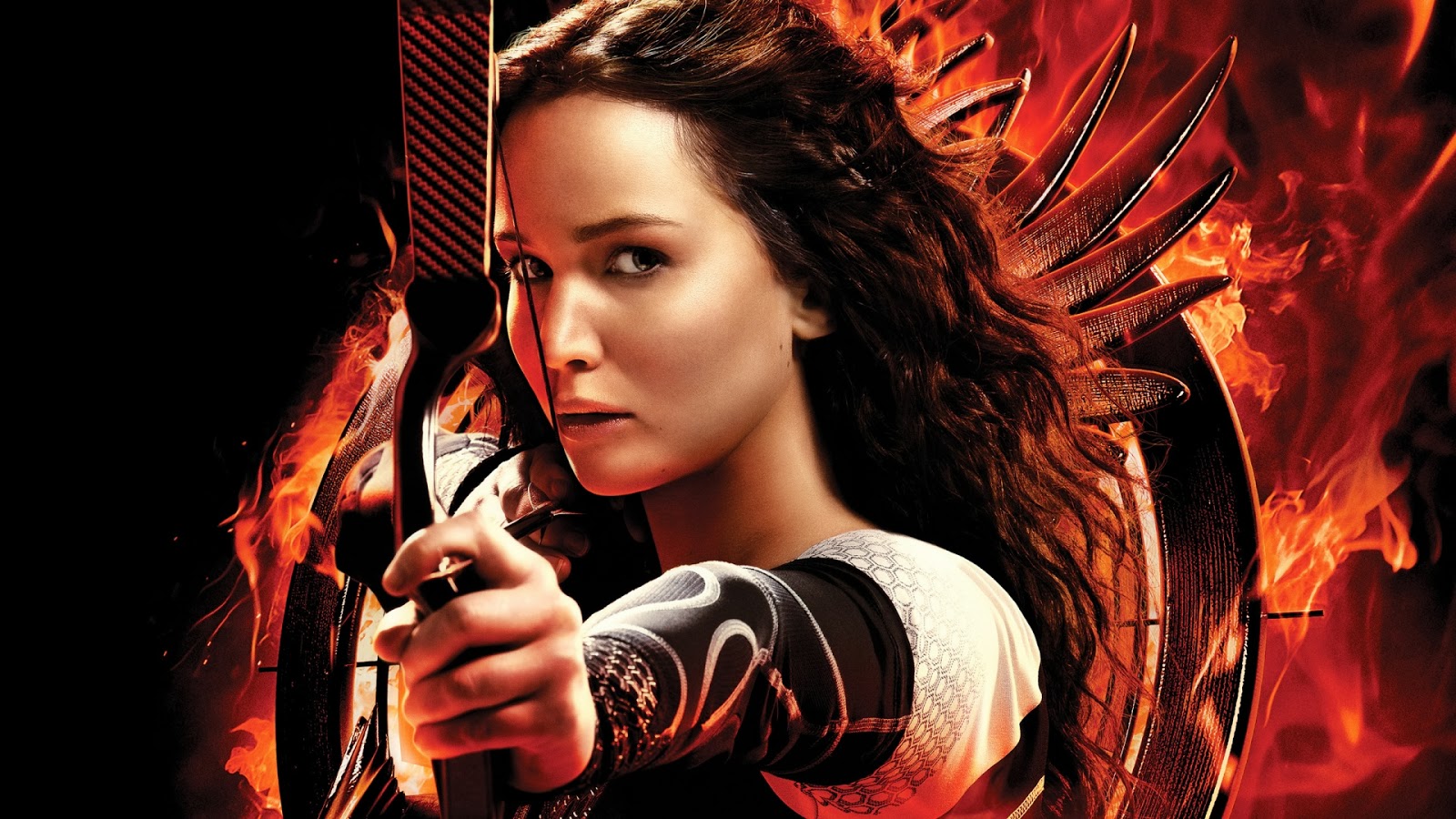 I grew up in a family of eight. I competed in the Hunger Games every time dinner was served. And, as you can tell from my 6’1, 150 pound frame, the odds were never in my favor. When my parents walked in with fast food, my brothers descended on our kitchen table like it was an arena cornucopia.

I write all of this to simply say: Katniss, I can relate. The stakes are high. The body count grows with each passing minute. You fight for a few arrows, I’m just hoping to grab a cheeseburger.

Survival. If I were to condense Catching Fire down to one, lone word, survival has to be it.

Here’s the catch (I’ll stop using puns when you claw them out of my cold, weak hands). Catching Fire isn’t as much about the pure act of survival, as it is about the steps one takes to survive.

At the beginning of the film, we meet up with still stubborn Katniss Everdeen. The first co-survivor of the Hunger Games—a yearly fight-to-the-death melee instituted by the government as a sign of power and control. It’s like Super Smash Brothers, but slightly less realistic. Between the first and second films, Katniss has slowly become a reluctant leader in the fight for freedom.

The nation of Panem, divided into twelve districts, is ruthlessly controlled by the Capitol and its leader, President Snow. The districts are now on the verge of tearing themselves apart, using Katniss’ act of defiance in the previous Hunger Games as their calling card and her Mockingjay as a symbol for rebellion.

So, before I go any further, I have to be perfectly honest. When I say that Catching Fire is a terrible teen film, I mean that in the best possible way. Really, it’s a compliment. Most teen films are one-dimensional and have little to no thematic weight. They are disorganized, messy, and feature vampires who are too poor to afford a shirt (we should really start a fund). The Hunger Games franchise is different. It has a brain. It makes us think. It’s not all butterflies and never-ending rainbows.

First, the action in Catching Fire isn’t violent for violence sake. Every lash, kill, and shot of blood points to an end goal. The producers don’t celebrate the games, they use them as an overarching illustration of oppression’s brutality. Violence isn’t glorified, but deconstructed. That’s why we feel uncomfortable watching a movie about teenagers killing each other. We’re supposed to feel that way. We’re supposed to empathize with the characters. It makes us rethink violence. Things don’t just blow up so the characters can walk away in slow motion. Though I do want to do that at least once in my life.

Catching Fire also plunges into deep, complicated thematic waters. The blood-soaked arena isn’t the story. It’s an illustration to the story. Catching Fire presents a world where the rich and powerful live to oppress the weak. Like in the games, the strongest survive at the expense of those under them.

The extravagance of the Capitol is contrasted to the poverty of the districts. The rich have more than enough, while the poor struggle to survive. They vomit up their dinner, just so they can eat again. Issues like these are usually missing from teen movies. Instead, most of the films geared toward adolescence are highly individualistic. They’re about having fun and enjoying life. Yeah! Sometimes I feel like I’m watching a two-hour selfie.

Catching Fire, on the other hand, pushes us to think corporately. “What happens when my enjoyment comes at the expense of others?” Watching this film should make us question our personal wealth in comparison to others around the world.

And yes, the film is about survival. What will our desire for power cause us to do to others? Will we kill to get what we want, or will we work together for the common good of others? Ultimately, and I’m about to get philosophical here, Catching Fire is a critique of our “survival of the fittest” ideas about humanity. If our universe was really brought about by accident and survival found its roots at the expense of the weak, then the idea of a Hunger Games shouldn’t be too unnatural. Yet, something inside of all of us cries out that this is not the way the world should work.

Compassion, love, and morality aren’t simply traits passed down from genetic mutation, they are concrete laws. When we watch Catching Fire, something deep down inside of all of us says that right is right and wrong is wrong. The Capitol should not flourish at the expense of the districts. The weak should be cared for, even when their well-being isn’t tied to our own survival.

A universe void of God, doesn’t have this foundation. Morality, whether some deny it or not, becomes interchangeable based upon society. There is nothing wrong with oppressing the poor if it benefits the strong or if the reigning group deems it worthy.

We know this can’t be true. Survival is more than just surviving. It’s about helping morality flourish.

Teen movies don’t usually teach this. I guess that’s why Catching Fire is a pretty terrible teen film. If you’re a parent and your child is obsessed with The Hunger Games, use this as a springboard to talk about oppression, ethics, and survival. If you’re like me and your wife made you take down your Mockingjay poster, ponder what part of the Capitol is in you.

You see, we all compete in the Hunger Games, some of us just don’t grow up in a family of eight.