How Being Too Political Could Hurt Your Christian Witness 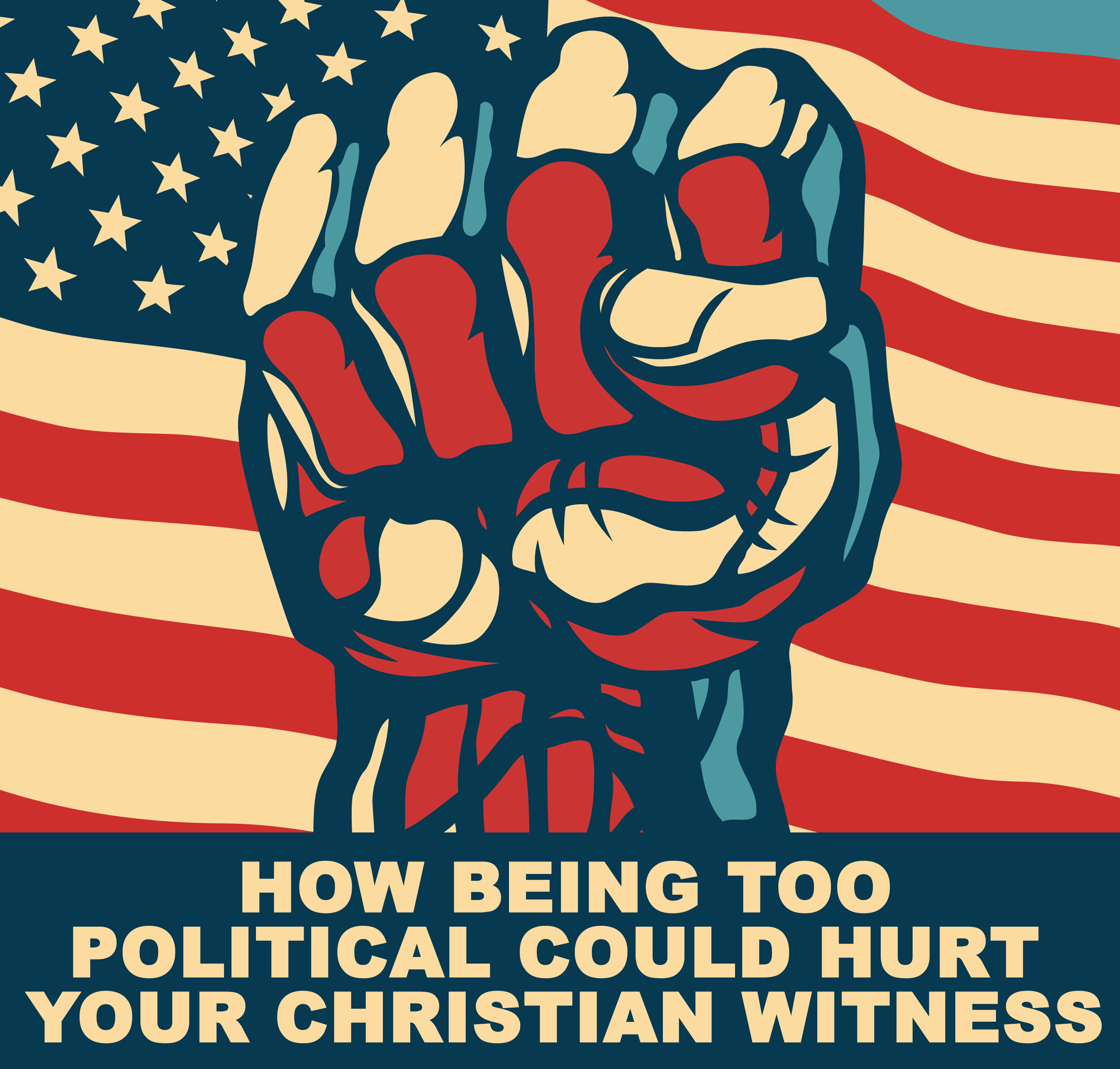 If I were to make a list of what I thought were the top ten barriers keeping the unchurched from considering Christianity, politics would be a frontrunner. I know what you’re thinking. “Yeah! Politics is the problem! At dawn we ride on the capitol!” Maybe I should clarify.

I would contend that certain political views and the expression of those views by Christians, have discouraged outsiders from investigating the faith. At one time or another, many Christians—including myself—have turned political ideology into the Great Wall of China. We stand at the top making individuals scale the bricks before they can ever hope to be converted.

Studying scripture, I don’t think the Bible teaches that there is anything necessarily wrong with being political, voting, and voicing our opinions about the government. I have to admit though, if Christians aren’t careful, the way we do this can actually poison some individuals’ perception of the faith. Followers of Jesus hurt their Christian witness when their political passion, intensity, and expression overshadow their desire to share the gospel.

Here are a few reasons why I think this is true:

Outsiders begin to equate Christianity with your political views

It’s possible that we as Christians can become so outspoken, pushy, and radical in our political beliefs that outsiders begin to equate those very same ideas with Christianity itself. To accept the faith then, is to accept your political party. To vote for your candidate of choice. When we start to include clauses with the gospel–i.e. a political party, candidate, or economic perspective–we come away with a faith we’ve created for ourselves, not the message of Jesus.

It might be hard for some to believe, but there are genuine Christians on both sides of our two-party system. Conservatives may shun individuals who claim to have faith and yet vote for a candidate who supports abortion. Liberal Christians might oppose abortion, but argue that even a Republican majority could never overturn Roe v. Wade. Instead, they fight to eliminate it from the inside-out through legislation which aids at-risk families.

While there are some issues that the Bible speaks to directly, Christians must humbly acknowledge that the political application of those principles isn’t always so black and white. Don’t copy and paste the scripture simply to fit your political ideology. You turn people away from Jesus when you either directly or indirectly make them feel like they have to become a Republican or Democrat to join the faith.

If your answer is always politics, your faith seems worthless

It’s easy to get caught up in what our favorite politician or party promises. Each group has the answer; they know how to fix the nation’s problems. Speeches turn into those infomercials with the guy screaming that his product can do the impossible. Christians can get tricked into pulling out their credit card and sending in three easy payments of $19.99 just like everyone else. We herald measures, bills, people, and parties as the fix-all.

Politics becomes our savior, not Jesus. Sure, we may not come out and say it. Odds are, we won’t even admit we think this way. Yet, our actions, passion, and intensity communicate differently. This also happens in reverse. If you blame every one of our nation’s problems on the government, then you indirectly argue that it’s within the government’s ability to fix them all.

Think about how this attitude comes across to those outside of Christianity. Our faith, our talk about redemption, seems worthless. Individuals don’t want to join a movement that finds its comfort in a political party. They want a grander faith that gives a sense of purpose to their lives.

How often do we see individuals insult a political figure on social media? Publicly disagreeing with a leader’s legislative views is one thing. Yet, too often we make it personal. We go after a politician’s race, appearance, family, and perceived intelligence. We call them words we hope our grandmother never hears us say.

Imagine what goes through the mind of the unchurched when they see Christians fall into the same trap. Instead of being the change, we end up demolishing our opponents just like everyone else. When we become too political, we cease to be objects of grace and instead use our words to tear down others.

You were just in a passionate political debate with a co-worker. Maybe the conversation became heated, maybe it didn’t. Either way, your sheer intensity caused both of you to vehemently disagree with each other.

Now, envision talking to that same person about God later in the day. Odds are, the conversation probably won’t end well. Your friendship might not be destroyed, but all relational deposits you’ve made in the last couple months have been cashed in because you were too political.

People are not attracted to fear

If we’re not careful, being too political can turn into living a life of fear. Fear that a national collapse will stem from one party’s legislation. Fear that the president is the antichrist. Whether they catch it or not, some Christians come across like they fear men more than they fear God.

Here’s the honest truth, being political really doesn’t change the government. You can vote. If you have good hair you can run for office. That’s about it.

Here’s what you can do. You can pray. You can live a godly life and share your faith. Those are the things that will truly change the world. Who cares about making political converts, help people love God and love others. Those who’ve changed our world usually didn’t do it through an election. They do it by living out the change they wanted to see happen.

I can see where that has gotten me personally.

Has your passion and zeal for one particular party or platform replaced your desire to advance the gospel of Jesus Christ? Are you “too” political? It’s time that collectively we as Christians apologize for our reliance on the government to solve our nation’s problems. It’s time that we apologize for turning the gospel into something less than what it really is.

It’s time we take back our faith from politics.

Question: Do you agree or disagree with me? Let us know in the comments section.