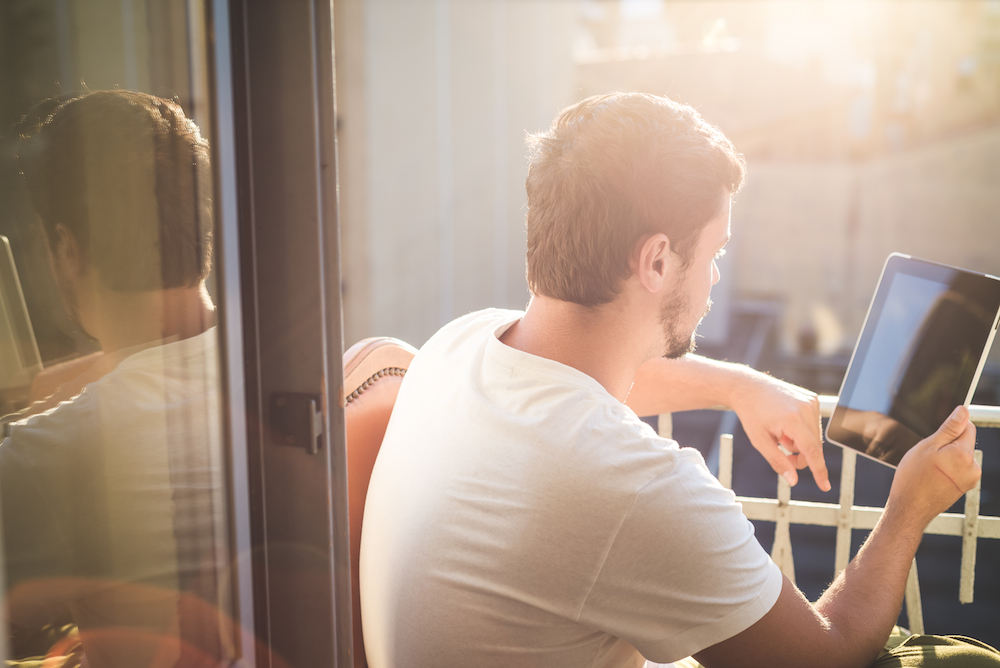 A few Easters ago, I lectured on the evidence for the resurrection of Jesus. At the end of my talk, a woman chastised me in front of the group. “It doesn’t matter what theologians, scholars, or logic says. All that matters is the Bible.” Work that statement out as you may, but I think the main thrust of it was, “You just have to believe.”

As an elementary student, I remember leaving church with a Bible verse sheet to memorize. The words, “For we walk by faith, not by sight” (2 Corinthians 5:7) rested beside a picture of a boy wearing a blindfold. His hands reached out in the distance, attempting to feel their way forward.

The definition of faith is slippery when wet, and for some people it always seems to be soaking. Growing up, I interpreted faith to be more of a feeling and resolve than a matter of the head speaking in conjunction with the heart. Belief found more of a friend in Nike (“Just Do It”) than critical thinking. As the years progressed, and books, arguments, and study took place, I discovered faith to be of an entirely different denomination. It isn’t devoid of logic or critical thinking, and it’s certainly not a blindfold.

As Jesus heals a paralyzed man in Mark 2, he states: “‘But that you may know that the Son of Man has authority on earth to forgive sins…I say to you, rise, pick up your bed, and go home’” (2:10-11). Jesus didn’t just expect the people to immediately embrace his divinity. He performed supernatural acts as proofs of his authority. It’s as if he declares, “I am the Christ and here’s how you know I’m telling the truth.”

In 1 Corinthians 15, the Apostle Paul recounts the names of people who saw Jesus alive after his resurrection. Why does he feel the need to do this? He could’ve simply said, “Take my word for it.” Instead, Paul gives his readers a witness list so they can investigate the story themselves. The resurrection holds up to critical inquiry. Then there are the Bereans in the book of Acts. When Paul and Silas taught them of Jesus’ relationship to the Old Testament, they fact checked the apostles—“examining the Scriptures daily to see if these things were so” (Acts 17:11). They are commended for their rational response to the Gospel.

So is faith blind? No, but it might be dark sometimes. Hebrews 11:1 says, “Now faith is the assurance of things hoped for, the conviction of things not seen.” There are moments in our Christian walk when we don’t know the future, or we’re called to obey God when it seems counterintuitive (see the previously mentioned 2 Corinthians 5:7). In other words, sometimes life flips the electrical breaker and we find ourselves in the shadows

Notice the difference between this kind of faith and blind faith. This faith is based on the previous work of God. Out of that belief, we then trust our acknowledged creator with our unacknowledged future. The lights may flicker at times, but that doesn’t discount what room we’re in.

The same God who formed your capillaries and blood vessels, also placed your brain’s frontal lobe next to its motor cortex. He created our minds and he isn’t hasty in telling us to turn them off. If Christians truly believe we are made in the image of God, then we have to acknowledge that our desire to reason comes directly from our creator. While reason can be corrupted—like everything else in this world—if finds its roots in a greater, master Blueprint.

Christianity holds up to this type of critical thinking. There are good—actually great—reasons to believe in the existence of God, the historicity of scripture, and the resurrection of Jesus. I’ve often found that individuals who say, “There is no intellectual basis for Christianity” have turned themselves off to critically thinking through faith’s big questions. Though they might not all agree with Jesus’ claims, people who sincerely open themselves up to study and empathetic conversation will find that Christianity isn’t simply based in superstition.

So to answer that woman’s statement: Do I believe the Bible is God’s revelation to humanity? Yes. Has theology, study, and logic helped me to place it in the context of history and critical thinking? Also yes.

Have you experienced doubts and questions regarding your faith? Good, that means you’re human. Acknowledge those doubts, but don’t let complacency keep you there. Embrace questions as a means to grow closer in your knowledge of God, not as an excuse to immediately throw away your faith. Talk to you pastor about them. Read books, listen to podcasts, and ask for God’s guidance. He created your brain and He wants you to use it.