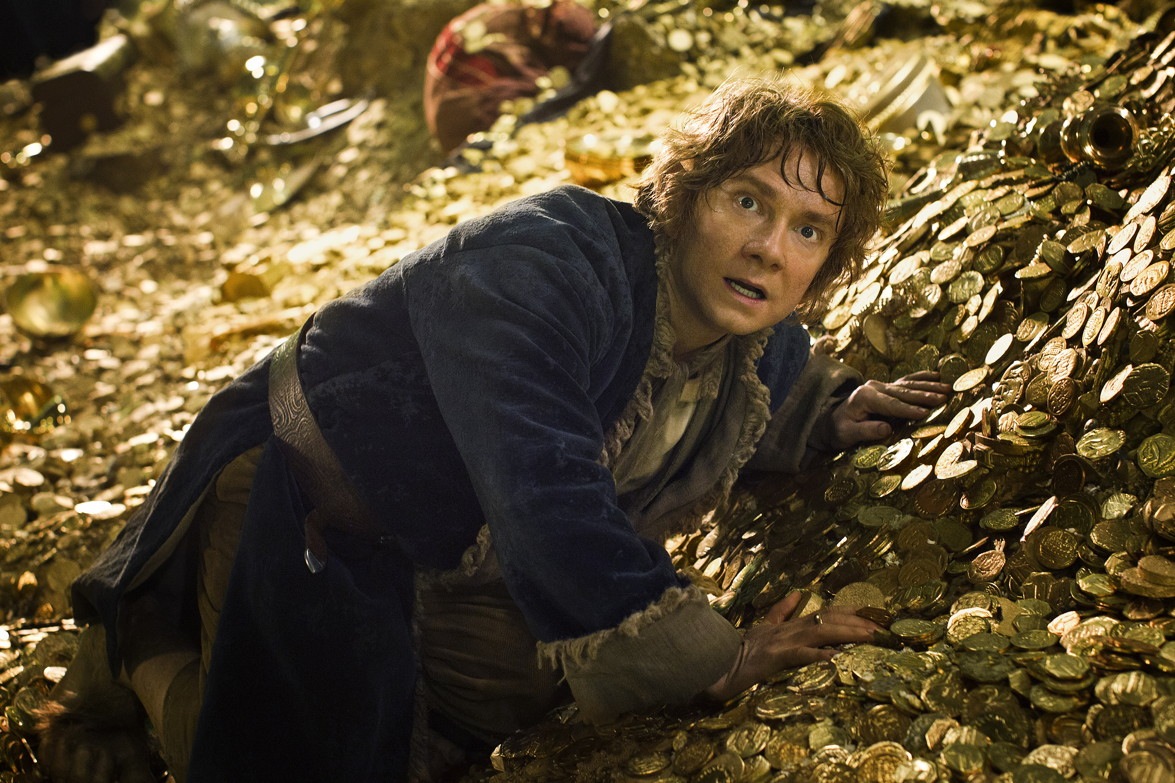 The phrase, “Kill your darlings,” has hung around for the last century, often being attributed to writer William Faulkner. Before you pass him off as a serial killer, read the rest of the quote first:

“In writing, you must kill all your darlings.”

For the sake of the story, one must learn to erase, delete, or, in the case of the second installment of the Hobbit series, edit out scenes, characters, and dialogue they might be particularly fond of. This will hurt at first, but it ultimately empowers the plot. Simplification is a writers best friend.

After watching Desolation, I realize now that Director/Producer Peter Jackson needs to kill some of his darlings. With a bow and arrow I’d imagine.

The Desolation of Smaug picks up almost immediately where An Unexpected Journey left off. If you haven’t seen the first film, don’t let peer pressure force you into watching the second. All the cool kids might be doing it, but all you’ll feel is lost. Just like my self-esteem.

In this new franchise entry, Bilbo Baggins, Gandalf, and an assorted collection of dwarfs, continue their mission to take back the kingdom of Erebor from the ruthless dragon Smaug.

With the shear epic landscape of the plot, Middle Earth enthusiasts will have much to appreciate about Desolation. I admit, I do too. While the action sequences never truly reach the quality and maturity of the Lord of the Rings series, they’re downright fun. There is one particular set piece involving a few barrels and a handful of Orcs that had the audience shooting popcorn out of their noses (maybe that was just me).

The last section of the film, when we finally meet Smaug, is the strongest of the series thus far. The intensity, along with one of the greatest dragons in the history of cinema (sorry Mushu), makes for some pretty incredible filmmaking. All before Peter Jackson rips the rug out from under us and says we have to wait until next December to see the end of the story.

While Desolation is a good film, it suffers from the same problem I deal with every Christmas season. It tries to stuff too much down and just ends up bloated. The story suffers from excess. Too many darlings.

To give you an idea of Jackson’s take with the Hobbit series, let’s compare it (inevitably) to the Lord of the Rings trilogy. All three Lord of the Rings books were individually crafted into a single film each—three total. The Hobbit, the smallest of the books set in Middle Earth, was chopped up into three separate features. A story that should have been told in one or two movies, is stretched, pulled, and prodded into three. I’d rather have one cup of nicely blended coffee, rather than three watered down mugs.

As a result, Desolation struggles with pacing and direction, often chasing red herrings in the wrong direction. While fantasy fans will appreciate the film—there really is much to love—it’s not great. It is good though.

I’m looking forward to next December when we’ll hopefully see our characters off with a bang. I just pray that Peter Jackson learns to kill his Hobbits.

Wait. That came out wrong.

Which series do you like better, Lord of the Rings or The Hobbit?