Prisoners Takes You Captive From Start to Finish 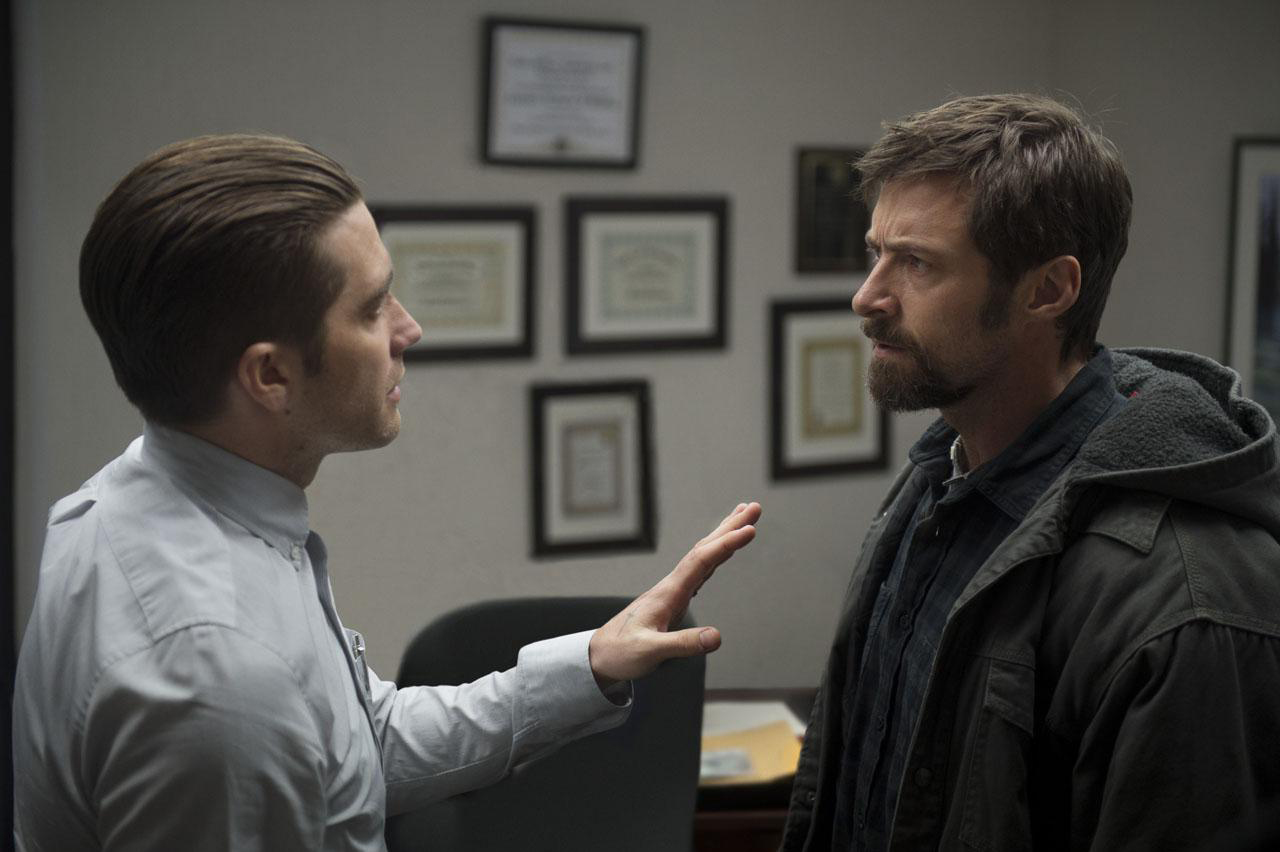 I attended a late-night screening of Prisoners alone last week. Usually, when I leave a movie by myself after one in the morning, I expect two things. One, I look like a creep walking to my car. Two, I am fairly exhausted. After Prisoners, only one of those scenarios played out, and it wasn’t the latter.

Despite a running time of 2 ½ hours, I sat mesmerized by Prisoners from start to finish. The only reason I wanted the film to end quickly was because I couldn’t wait to see how the story wrapped up. Plus, does anyone enjoy walking out of a movie theater alone?

You’ve probably seen the trailer to Prisoners at least once in the last couple of weeks and wondered if the movie was any good. Let me tell you why I think it’s better than good. I would say “It’s great!”, but I won’t allow Tony the Tiger to have any part of my blog.

Prisoners begins with a sobering tragedy. Two couples, Keller and Grace Dover (played by Hugh Jackman and Maria Bello) and Franklin and Nancy Birch (Terrence Howard and Viola Davis), are thrown into a wave of emotions after their daughters go missing on Thanksgiving Day. Their only lead is an old RV that was parked in the neighborhood the morning of their disappearance. When the vehicle is found, the driver, a mentally unstable young man named Alex Jones (Paul Dano), is arrested and subsequently set free for lack of evidence. Suspecting that Alex is behind the kidnapping, Keller convinces himself that the only way he’ll find his daughter alive is to finish what the police only started. Capturing Alex, Keller is faced with the decision of how far he is willing to go to bring his family back together.

Caught in the crosshairs of the investigation and Keller, is Detective Loki (played masterfully by Jake Gyllenhaal). Loki is tasked with counterbalancing Keller’s rage, along with carrying the burden of identifying the kidnapper before it’s too late. 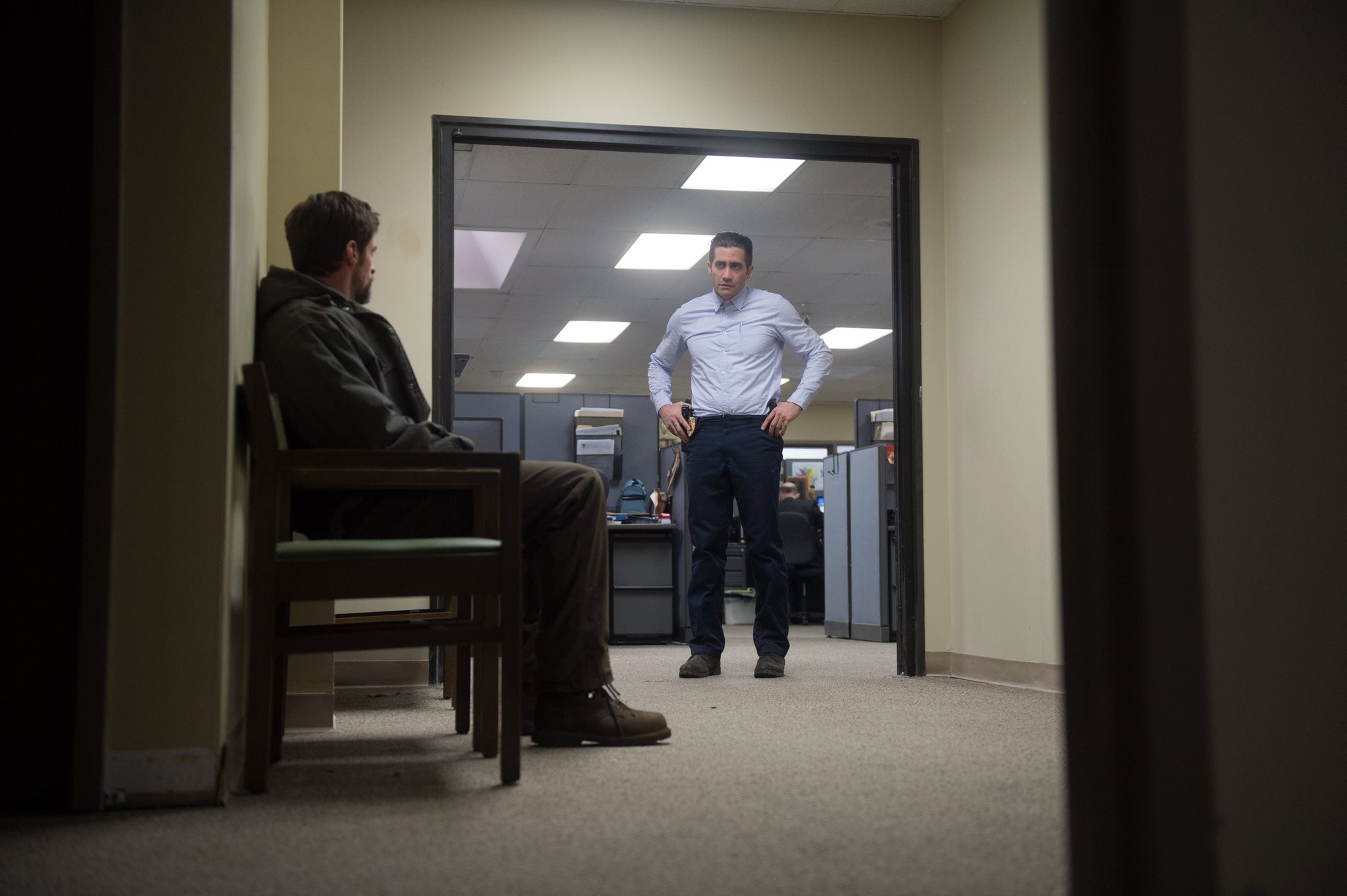 As the mystery unravels, Prisoners primarily morphs into a character study of Keller and Loki as they both grapple with the increasingly difficult circumstances around them. What makes this all the more impressive is that the film gives little to no backstory on either person. Their past is simply referred to in a line of dialogue here or there. An eye twitch. A tattoo. A basement. Despite this sense of mystery, it is the characters that make Prisoners such an intriguing story.

Jackman’s Keller is introduced as a devout Christian, who dons a fish symbol on the tailgate of his truck, as well as a cross dangling from the rear view mirror in his cab. Throughout the film, Keller prays for his family, personal strength, and eventually his own forgiveness.

Keller is a survivalist. He lives by the adage, “Pray for the best, prepare for the worst.” Keller’s basement is lined with supplies in case of an earth-shattering emergency. He is ready for everything. At least he thought he was.

In contrast, Gyllenhall’s Loki is somewhat superstitious. His past has a darkness to it, though we’re never really told why. Running from childhood demons, Loki prides himself on having a perfect case record, giving him all the more motivation to find the two missing girls.

Both of these characters are rounded out as they begin reacting to the evil building around them. Where will Keller’s faith take him during times of intense, unimaginable tragedy? What about Loki and his desperate, somewhat selfish search for the girls?

During one scene in the film, Keller turns on his truck and hears a radio preacher reading from Job 5:7. “Man is born to trouble as surely as sparks fly upward,” the minister quotes.

This single verse alone paints an interesting picture of each character’s’ quest for answers. Evil is to be expected, we can prepare for all we want. We can attempt to solve it through investigation or brute force, but it will come. The question then lies in how we will react to it. What great lengths will we go to in order to fight its tide? What about when our attempts to regulate evil’s seemingly unrelenting force brings us into the mud oursleves?

The title of the film, Prisoners, is ultimately a metaphor describing each of the story’s main characters. Loki is a prisoner to his superstition and perfect record. Keller to his stubborn survivalist ideologies. 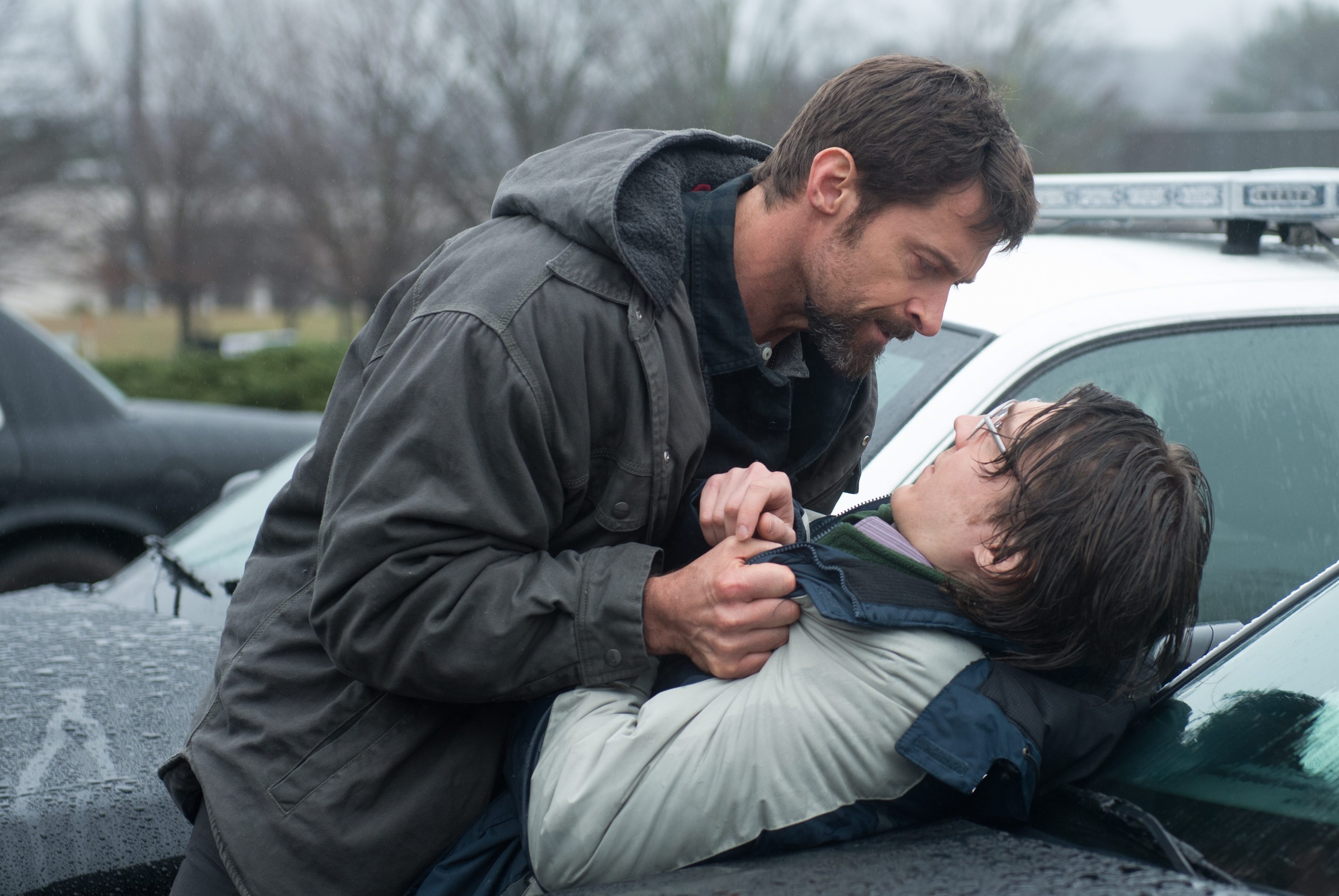 I commend Prisoners in it’s unflinching look at the effects of evil and suffering in the world, it’s tense pace, and edge of your seat dramatic sequences. In the end though, the plot failed to answer many of the ethical questions it posed. The film concluded without a clear sense of moral foundation.

After watching Prisoners, I was left with questions I couldn’t seem to shake. Is the narrative inherently opposed to the biblical idea of evil or is divine intervention expressed in certain plot progressions that seem almost too coincidental to be true? In some ways the film’s approach was quite fascinating. At other moments, too vague.

On a more personal, concrete level however, Prisoners touches deeply into the subconscious of the viewer. How far would we go if we found ourselves in this situation? What would evil and tragedy reveal about our character and faith? Will pain turn us into its prisoner?

For the Christian, these questions find an answer in our faith. We ultimately find purpose, peace, and joy not in our own individualism or past accomplishments, but in God. While the human existence is messy, our freedom and peace reside outside of even the most difficult of tragedies.

Or, to quote Job 5:8, the verse directly following the passage Keller hears in his pickup truck:

“As for me, I would seek God, and to God would I commit my cause.”

There you go. I guess now you have an excuse to visit the movie theater alone this week.

Though Prisoners is not for everyone, those who enjoy dark, thought-provoking crime dramas, will appreciate this film. Prisoners is rated R for disturbing violent content including torture, and language throughout.