On a recent car ride to my neighbor’s house, I heard Taylor Swift’s “22” playing over the radio. When, almost immediately, it happened. Taylor’s lyrics hit me like a sledgehammer. It was then that I suddenly “got it.” I didn’t just hear what Taylor was saying, I listened to what she was whispering from her heart.

Because of this personal epiphany, I’ve decided to walk my readers through the lyrics of “22.” Hopefully, this journey will change you, like it has changed me. 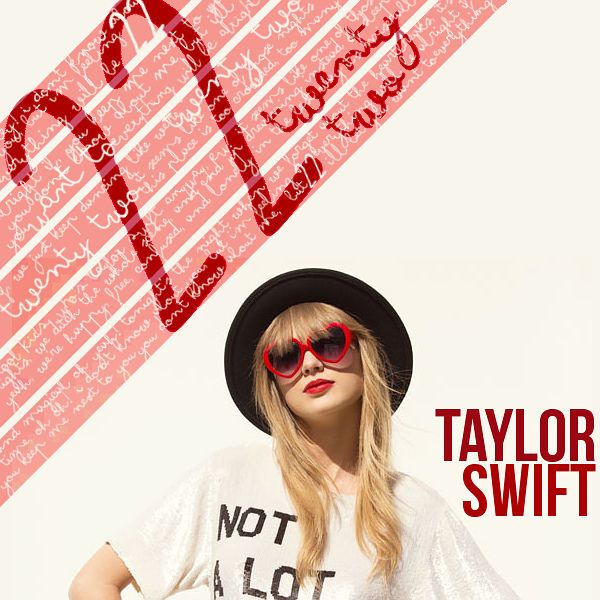 A Philosophical and Psychological Exploration of Taylor Swift’s “22”

And make fun of our exes,

Taylor starts the song off with a bang. Immediately, she let’s us know exactly where this is going. This first verse is a perfect example of what experts call “irony.” How do we know this? Because dressing up like a hipster and making fun of her exes is what Taylor does every night. See what she did there?

Normally, most people would attribute these four short words to a lack of creativity. That’s exactly what Taylor wants you to think. Physically, Swift is trying to communicate the present anguish of her soul. She is experiencing trauma so deep, that only the mere utterance of “uh” can escape her mouth. Her quest for creativity has been momentarily halted as a result of the pressure forming all around her. Just what those pressures are, we have yet to find out.

It feels like a perfect night for breakfast at midnight

This is an innuendo, so we are going to skip it.

To fall in love with strangers uh uh uh uh

Taylor’s life is crumbling before her eyes She doesn’t even know who she loves anymore. Those she once cared for are now mere strangers. Notice her lack of lyrics once again. This isn’t like Taylor.

This is where the symbolism starts to get deep. Track with me here.

In 2005, John Mayer released a cover of Ray Charles’ song, “I Got a Woman.” In the recording, Mayer says the word “yeah” an astounding 14 times. With this in mind, the connection starts to become alarmingly clear. Taylor experts will also remember that 2005 was about the time Swift began her professional music career. Mayer’s “I Got a Woman” would have obviously influenced her in many ways. Now, years later, the word “yeah” stings deep, given her ill-fated romantic relationship with Mayer. “Yeah,” he might have a woman, but no, that woman is not her.

We’re happy, free, confused, and lonely at the same time

Tonight’s the night when we forget about the deadlines, it’s time uh uh

Something is amiss here. Despite her outward appearance of “happiness,” “freedom,” and “magic” there is a darker side to her present state. Taylor is “lonely,” “miserable,” and “confused” on the inside. Deadlines are crushing her usual optimistic spirit.

I don’t know about you but I’m feeling 22

Everything will be alright if you keep me next to you

Everything will be alright if we just keep dancing like we’re 22, 22

This is where Swift’s songwriting prowess is displayed in rich detail. Let me explain.

Taylor Swift was born on December 13, 1989. This song was released as a track on her Red album in October of 2012. Taylor was 22 when this song was written.

Let that sink in for a moment.

Why would Taylor want to go back to 22 if she’s already 22? That is logically impossible. Taylor doesn’t operate in logical impossibilities. That is, unless there is a larger message at work here. Upon close examination, we begin to see the fog of darkness surrounding Taylor’s life.

In 1961, The Twilight Zone aired an episode titled, Twenty-Two.

Twenty-Two features an overworked hospitalized dancer having nightmares about a sinister nurse inviting her to Room 22, the hospital morgue.

If you thought that was odd, buckle up your seatbelt for this next one. Using simple math, we discover that Twenty-Two aired a whopping 28 years before Taylor Swift was born. This by itself isn’t very significant. With Taylor though, nothing is ever as it seems.

Jumping back to Swift’s Red album, we find that “22” is track number 6, right behind “All Too Well.”

This place is too crowded too many cool kids

Could it be that Taylor is highlighting the constant pressure on her to be “cool?” Has her public persona trapped her in a place crowded with the pressures of who the world wants her to be?

Dreaming? Dreaming of what? Maybe a morgue in room 22? This spiral downward also seems to have some sort of connection to her failed relationship with Mayer (“Yeaaaah” crops up here again).

The rest of Taylor’s song is largely in part a repeat of the first few sections, an obvious reference to the degenerating cycle she finds herself currently experiencing. For time’s sake, we’ll skip down to the last chorus.

I don’t know about you but I’m feeling 22

Everything will be alright if you keep me next to you

Everything will be alright if we just keep dancing like we’re 22, 22

I want you to notice a few key things here. “Everything will be alright if you keep me next to you.” Taylor is communicating that her well-being is solely dependant on someone else’s protection.

She also says that we “don’t know about” her. Because the truth is, we don’t know what it’s like to be her. Tabloids, relationship rumors, and the internet all paint a distorted view of who she really is. 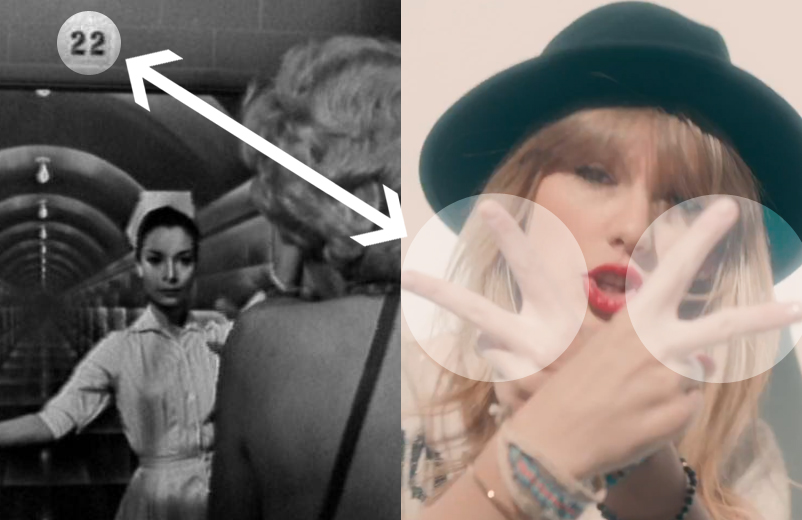 The symbolism is clear

Upon close examination, one thing can be concluded about “22.” Taylor is not simply communicating a desire to remain young forever, spending her days free from all responsibilities. No, the lyrics are too profound for this type of adolescent escapism.

Taylor is secretly explaining, through layers of symbolism and metaphor, that she is being held captive against her will. She has been kidnapped by corporate America, forced to meet impossible “deadlines,” and then made to sing momentarily catchy pop songs for throngs of young people all over the world. She herself, is a “lonely,” “confused,” and overworked performer that will end up in Room 22 if she is not helped. Her art is at one time both her prison and her cry for help.

By shrouding her lyrics with veiled references to a relatively forgotten TV episode from the 60’s, Taylor is able to communicate with only her most loyalist of fans—science-fiction junkies that have a sensitive side to pop music. They are the only individuals with the power to save her. Not John Mayer. Not the lovers of her past that have now become walking strangers. Not any of the “cool” people who bind her to record label deals and radio promotions. No, just these obscure, forgotten heroes.

It is here, in the midst of Taylor’s desperate cry to a group of passionate followers, that must stop to examine one final piece of information pertinent to our study. For this, we must go back to her album.

Observers will notice that the last track on Red is titled, “Begin Again.” This is no sheer coincidence. Taylor is grasping for a new birth. Will she get the chance to “begin again” after all of the hardship she’s had to endure? Will she escape, with the help of others, from her figurative morgue? Or, will her plea be silenced as she is squeezed dry, eventually ending up in a perpetual state of “22”?

I believe that both of these questions are already answered for us.

The Expectant Father, 11 Things Not to Say to Your Wife in the Delivery Room, Sleep Tweets